From The Inside Out

Jesse was fit to be tied. As Ian, her husband of 4 years, sat down for dinner from a long day at work, he wasn’t prepared for the vitriol of a shunned wife.

“We’re not going to the family Christmas party tomorrow night, Ian. I don’t care what you say.” Jesse passed triggered an hour ago and was now fully flooded with anger, disgust, and contempt and Ian was tonight’s punching bag.

“What’s going on, Jesse?” He inquired. With a fresh permission slip, she was now prepared to lay out the history of the mean, vicious, even underhanded treatment she’s received at the hands of her in-laws. She summed it up in one sentence. “Nobody liked my post on Facebook last night so I’m going to unfriend them and we’re done with being nice.”

Narrator: take a moment and ponder what’s going on with Jesse. What is she telling herself, about herself, that’s not true?

Her behavior indicates that she is seeking for an outside-in source of happiness. Her mood and mental well-being are controlled by outside influences; the likes on Facebook from a specific source.

The following quote has been life changing for me.

The process of healing, finding happiness, developing healthy relationships or fighting an addiction is the same. It is an inside-out process. You cannot change behavior with words. 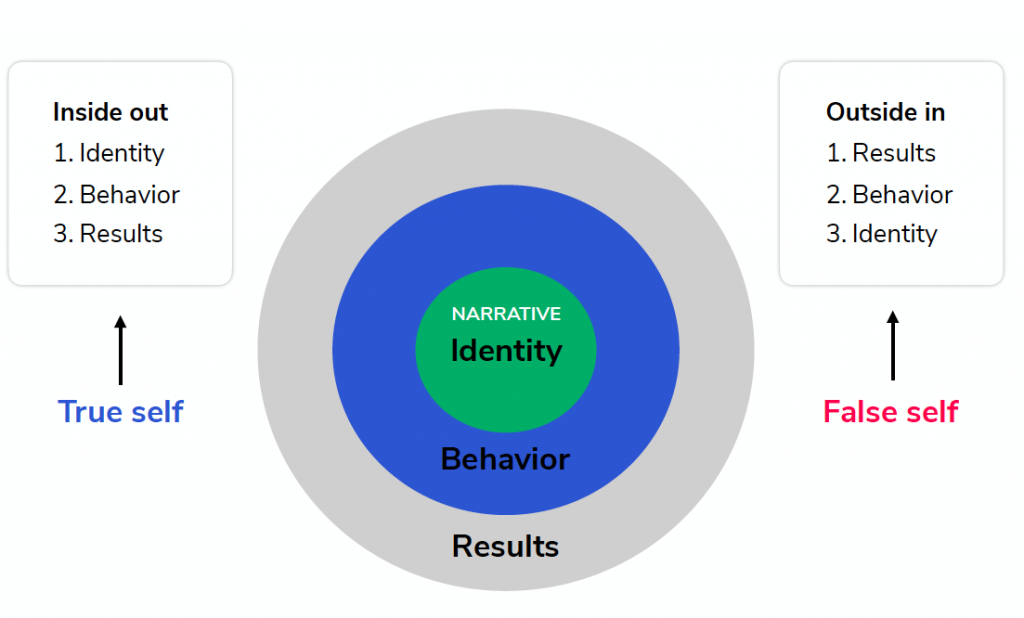 True self vs. False self

Experiences drive beliefs (internal narrative) and beliefs drive behavior. Therefore, reverse engineering the system, if I want to alter my behavior (find happiness, joy, and well-being) I must become aware of my beliefs (shadows). Examples of our false narratives are:

One can become aware of internal narratives by observing manifesting behaviors that violate principles of effective relationships or balanced living. For example: 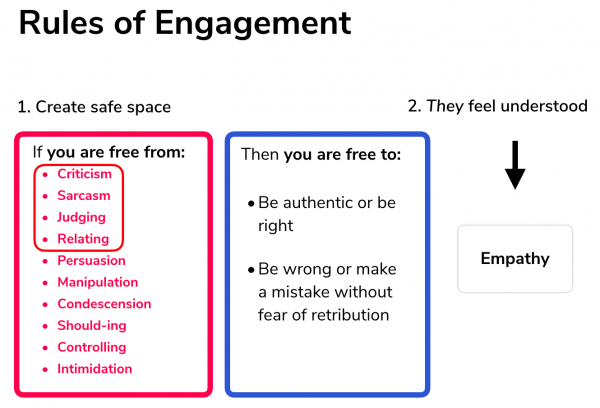 Are there any of these behaviors that seem to share a lot of time with you? If you want to improve any of your relationships, make friends, get along better with your children, spouse, or family members, are you will to fast (go without) from one dysfunctional behavior this week?

Imagine what it would be like if you could fast from one maladaptive behavior for 24 hours? What about 48 hours?